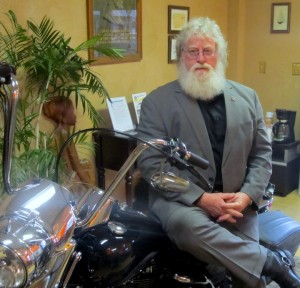 • Number six in a family of ten children, Michael was born in New Orleans, Louisiana

• Served as an altar boy at St. Catherine of Sienna Catholic Church; currently member of the Knights of Columbus

• Started with the IRS as an auditor, and moved to the Criminal Division in 1987